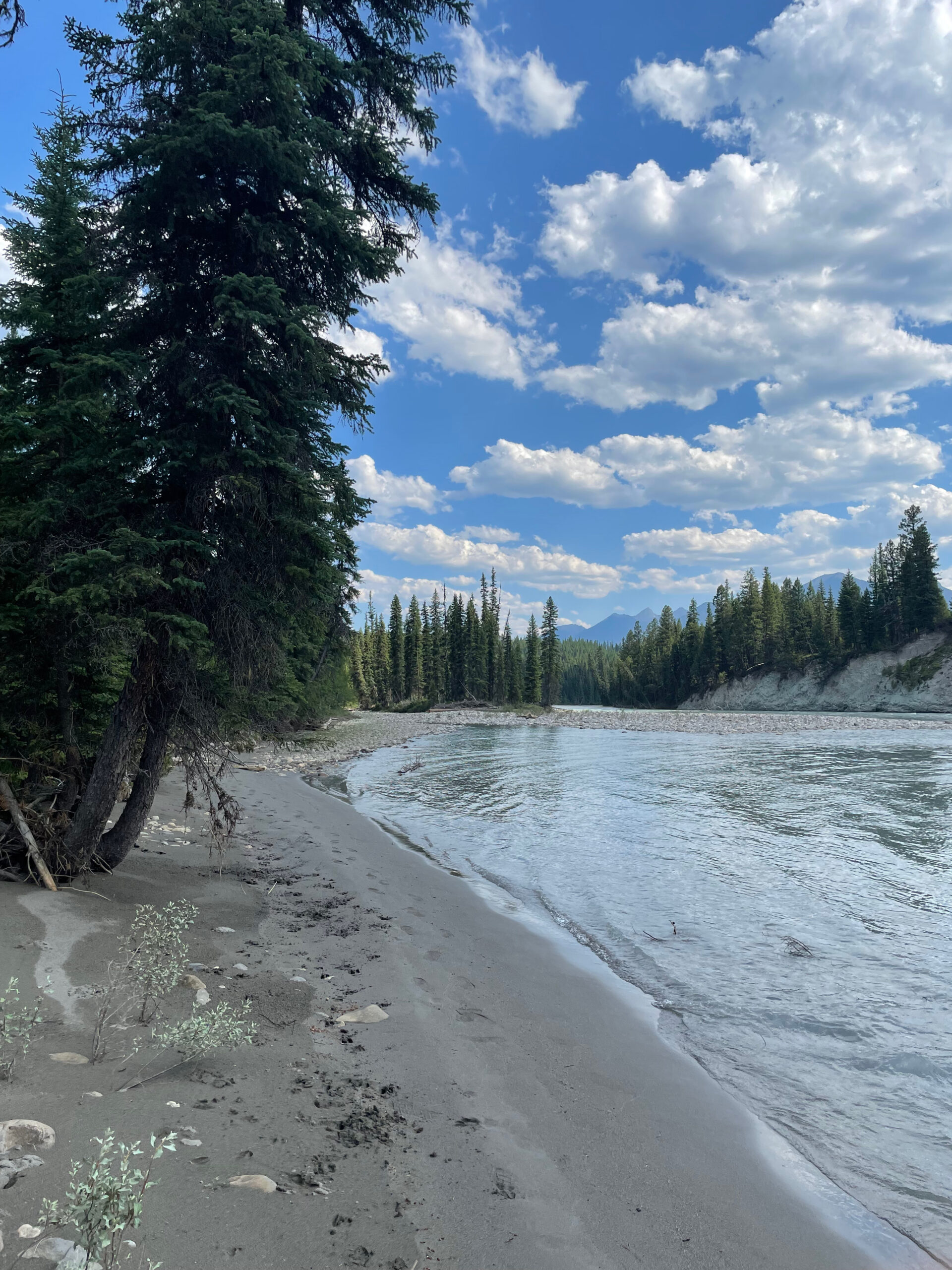 A Summer Spent Camping Along The Kootenay River, BC

In the of summer 2021, I spent many nights camping along the Kootenay River. Here is a post about it.

The Kootenay river originates in the Rocky Mountains and is fed by snowmelt and glaciers. The river is 780km long and crosses into the US as well. It’s a large area to cover, as seen in the above Kootenay basin picture. As it enters the US and comes back into Canada just south of Creston, the Kootenay river empties into Kootenay Lake, then into the West Kootenays.

I first explored the river starting from the south. Most, if not all, of the forest service roads, connect to one another. I swear, almost every turn or side road I took every spot was beautiful.

The pine beetle traps were strange to find in the middle of the forest, somehow I’ve gone my entire life without seeing them. The longer the funnels, the more it mimics a tree so maybe those little beetles flock to it? Who knows.
I was able to find this as well:

I had discovered many bushcraft shelters and shitters in my time camping. On my last camping trip in November 2021, I found three different outhouses at the same site, built at different times. People gotta poop I guess.

Going into summer, the Kootenays became very hot. What BC had this year was nothing short of bizarre. We had Lytton go up in literal flames after setting heat records. The record-breaking temp in Canada is now 49.6 C.

Before the campfire ban had begun, it was a pleasure using my chainsaw in the forest and cooking over a fire at night.

The best way to cook over a fire is with cast iron cookware. They hold their heat well, so minimal flame is needed. Cleaning is also a breeze as food remnants just wipe up. Cast iron is porous, so it needs to be oiled and heat-treated occasionally.

As I headed out exploring after the packing up camp, I drove into the mountains on the border of Alberta.

I wanted to take a shortcut home instead of coming back the way I came. Looking at the trail on my map, the backroads map I was using showed that the trail didn’t connect. Sometimes I find it can be terribly out of date so sometimes I take it with a grain of salt. When it is out of date, either the bridge is missing (lol) or the trail is incredibly overgrown from not being driven (for whatever reason).

Here’s the backroads map (grey line, left) next to the default Gaia map (white line, right). Sometimes I find the Gaia map has newer trails (albeit who knows what kind).

The backroads map says it just ends, so I didn’t bother to go down that trail. I used the default Gaia map instead (whoops).

I was frustrated so to avoid more pinstripes to my truck and potential damage to the canvas, I turned around (even that was a pain in the ass wow).

Here’s the funny part. Usually, I have satellite imagery downloaded to help in situations like this. In winter, for example, I can check how much snow there is on trails.
This time I didn’t have the imagery downloaded on my tablet. When I got home, I looked at the trail on the most recent satellite pics and…

On the left is the satellite imagery showing the trail would have connected if I followed the backroads map! On the right, you can see an overlay of both maps. So close!

As mentioned earlier, the weather in the summer of 2021 was bizarre, to say the least. Scorching summer temps as I’ve never thought we’d see in BC of all places.

It was so incredibly dry, I’ve never seen the Kootenay River water level that low before. This led to some unreal camping spots due to the weather.

Even when I looked at the map, it showed me that I am currently where there was once water. Bizarre.

Every weekend, a new impossible spot.

The colours of the day were almost surreal. The smoke from the nearby wildfires, less than 150km away, made the sky turn opaque. The sky in most of my pictures looks incredibly over-exposed but that’s how it was. 35 degrees Celcius, full sign, and the air was full of smoke. 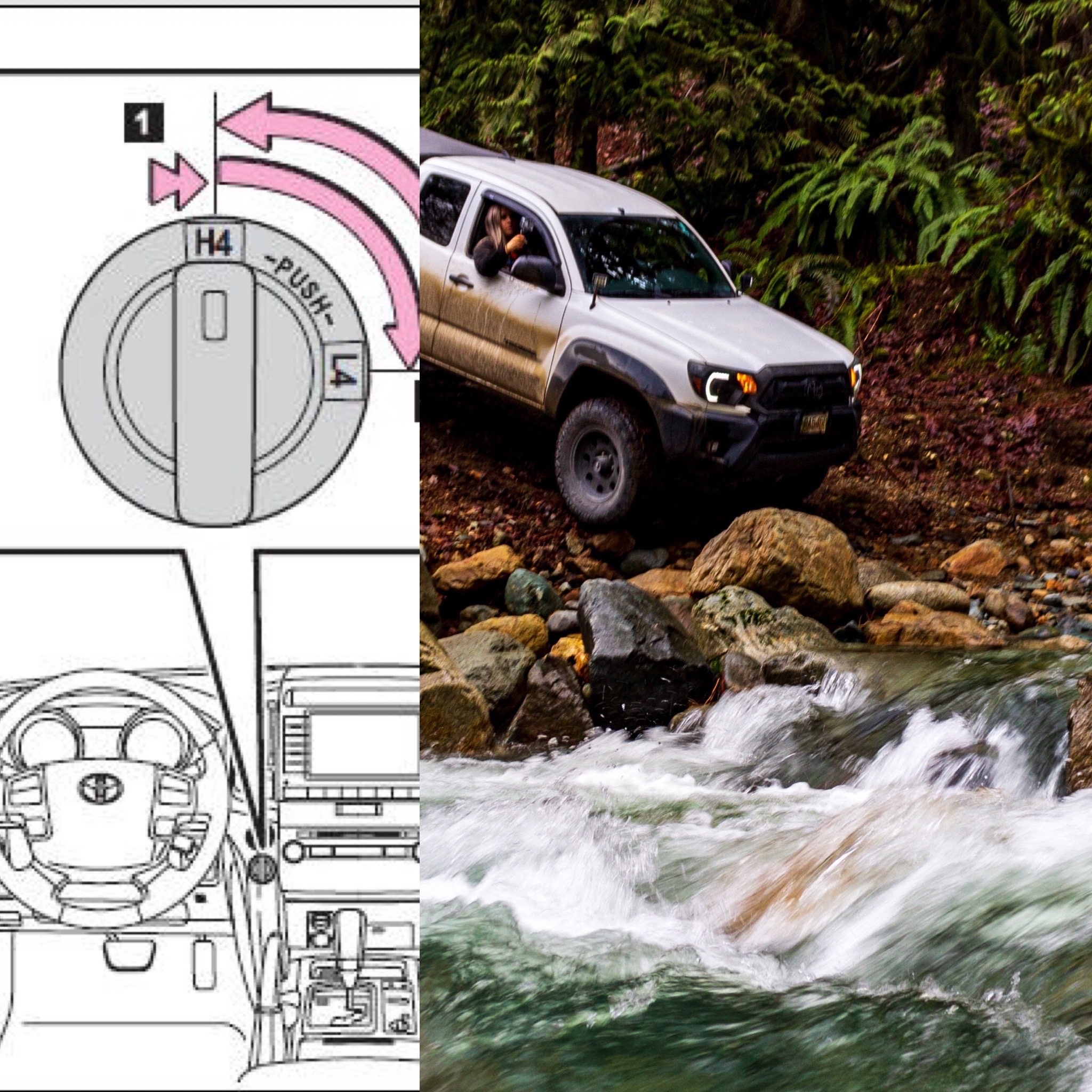 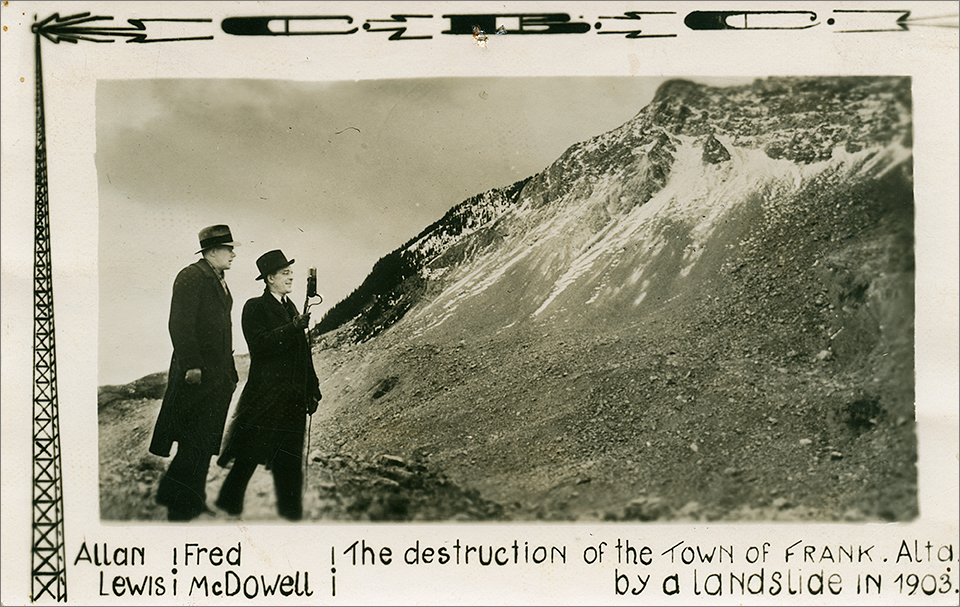 Read More
OOffroad
If you spend any time in the backroads of BC, chances are you’ve seen signs similar to this:… 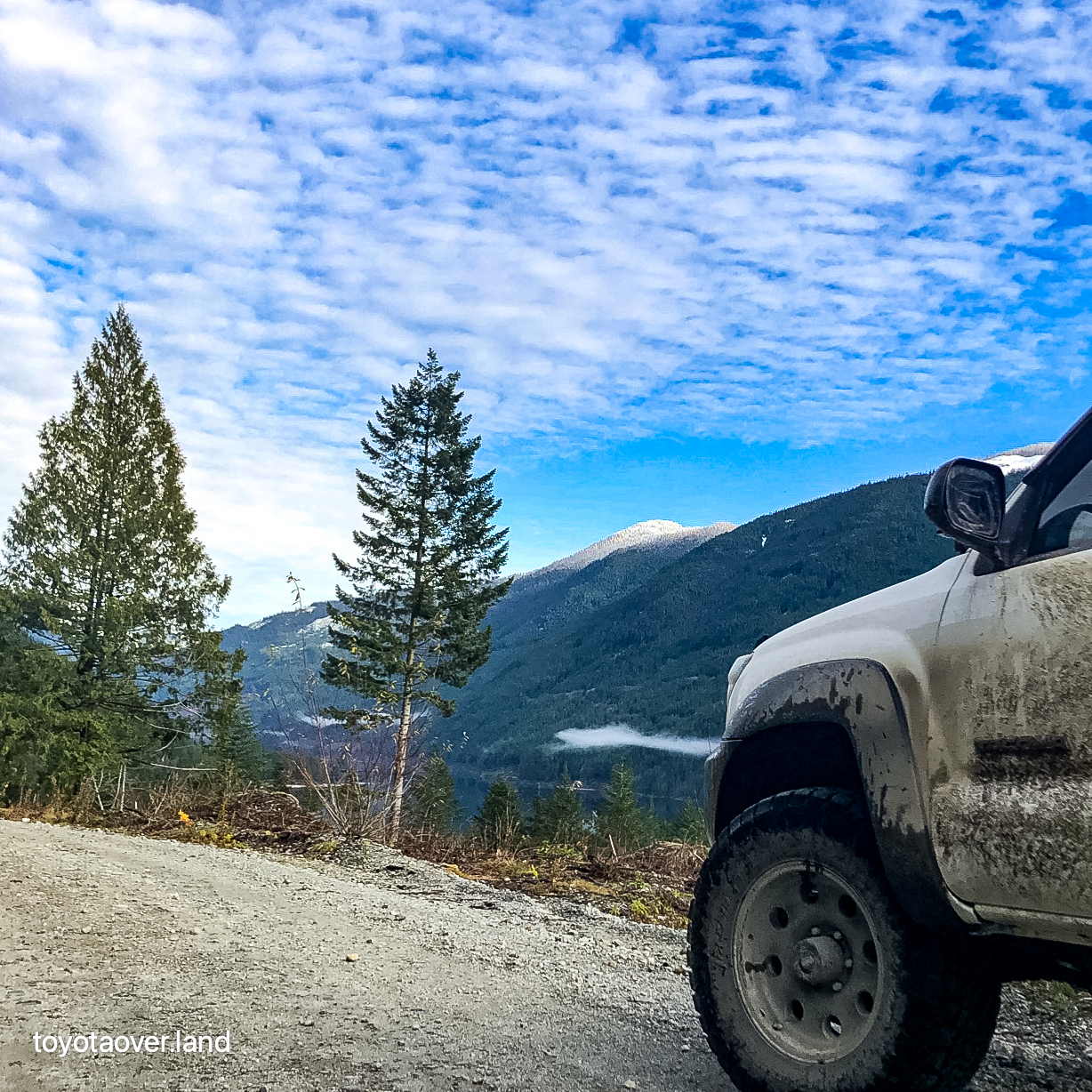 Read More
OOffroad
Airing down before turning on 4HI can mean the difference between a happy passenger and an unhappy one.… 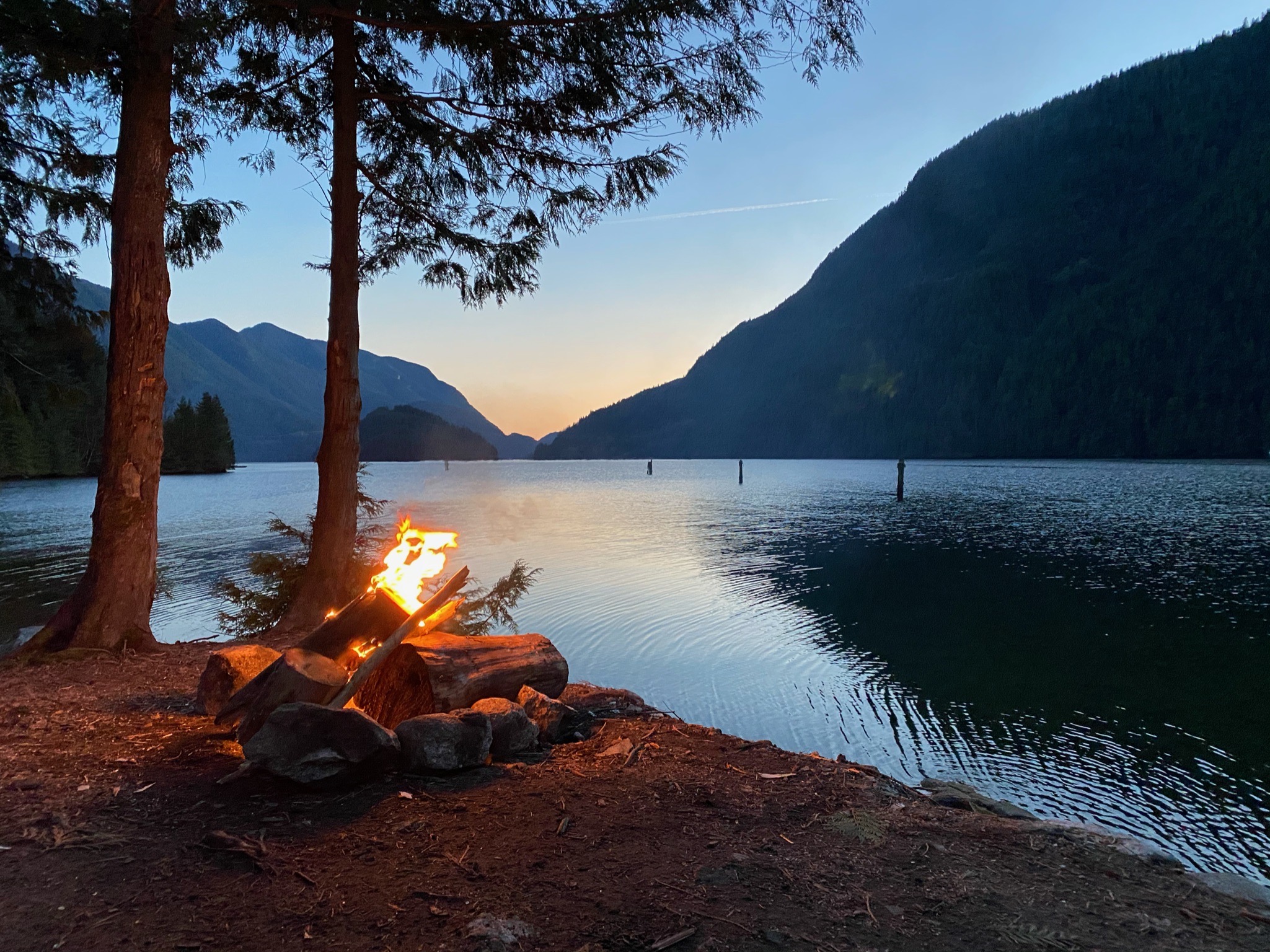 Read More
OOffroad
Here’s a list of my explorations during my time living in the Lower Mainland. Some places I had… 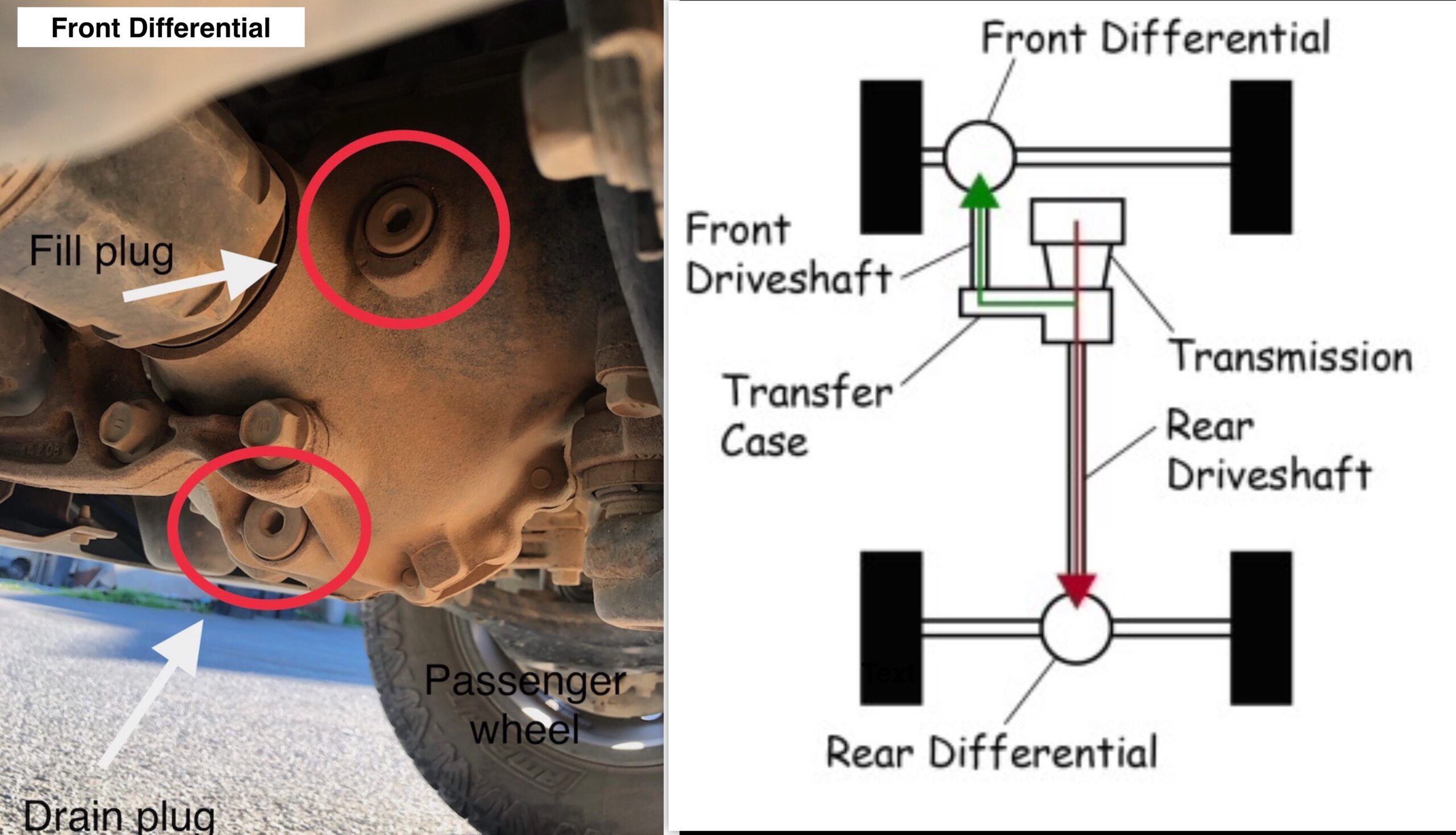 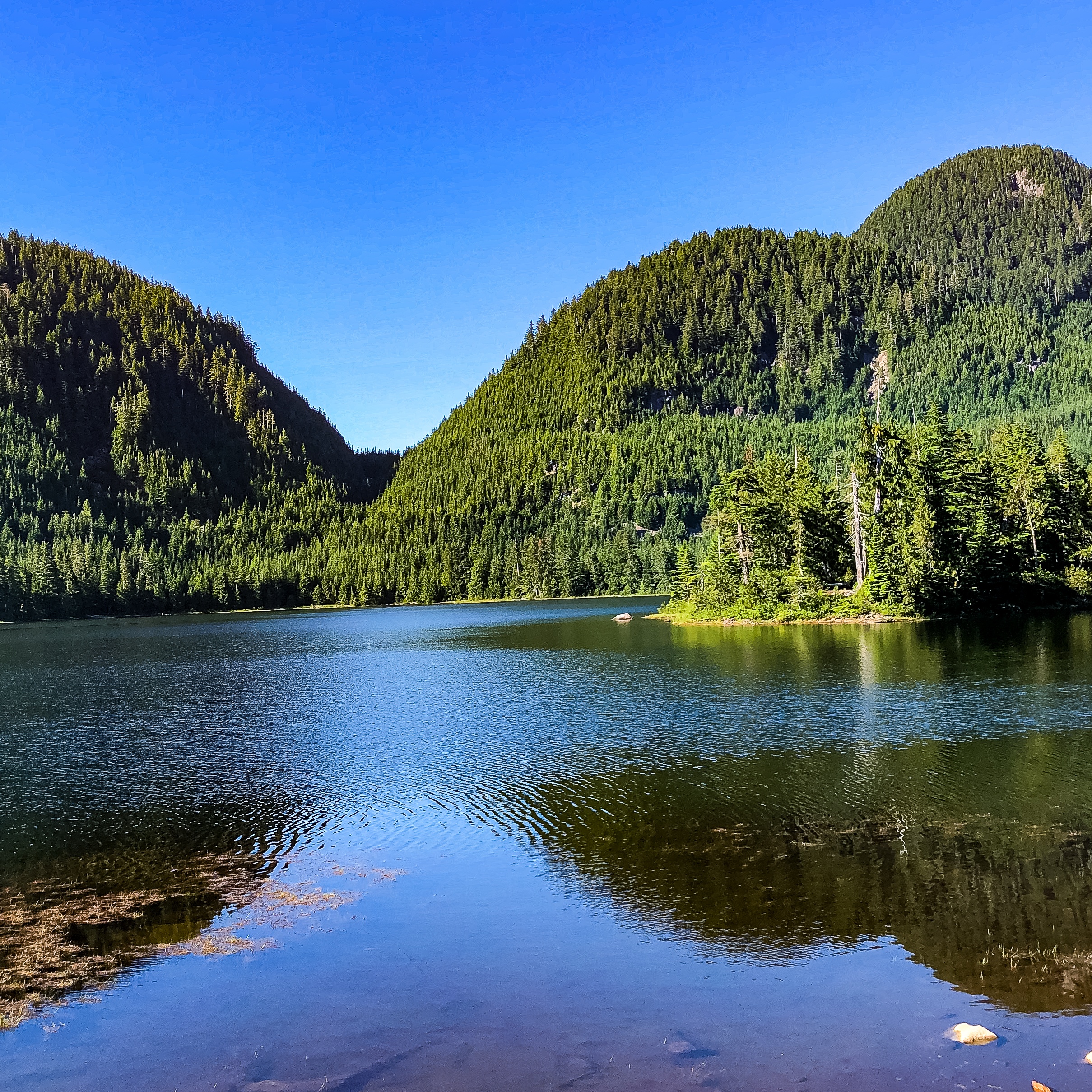